The Wood Cutters Find The Star-Child

Surrounded by a silver frame 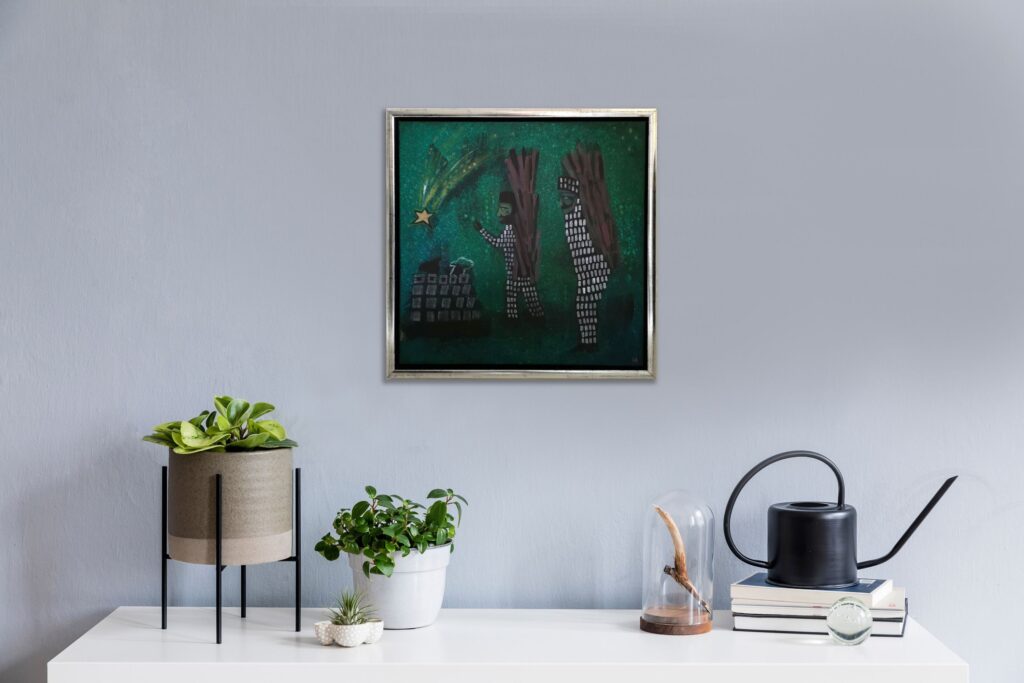 Once upon a time two poor Woodcutters were making their way home through a great pine-forest. It was winter, and a night of bitter cold. The snow lay thick upon the ground, and upon the branches of the trees: the frost kept snapping the little twigs on either side of them, as they passed: and when they came to the Mountain- Torrent she was hanging motionless in air, for the Ice-King had kissed her.
There fell from heaven a very bright and beautiful star. It slipped down the side of the sky, passing by the other stars in its course, and, as they watched it wondering, it seemed to them to sink behind a clump of willow-trees that stood hard by a little sheepfold no more than a stone’s-throw away.
‘Why! there is a crook of gold for whoever finds it,’ they cried, and they set to and ran, so eager were they for the gold.
And one of them ran faster than his mate, and outstripped him, and forced his way through the willows, and came out on the other side, and lo! there was indeed a thing of gold lying on the white snow. So he hastened towards it, and stooping down placed his hands upon it, and it was a cloak of golden tissue, curiously wrought with stars, and wrapped in many folds. And he cried out to his comrade that he had found the treasure that had fallen from the sky, and when his comrade had come up, they sat them down in the snow, and loosened the folds of the cloak that they might divide the pieces of gold. But, alas! no gold was in it, nor silver, nor, indeed, treasure of any kind, but only a little child who was asleep.