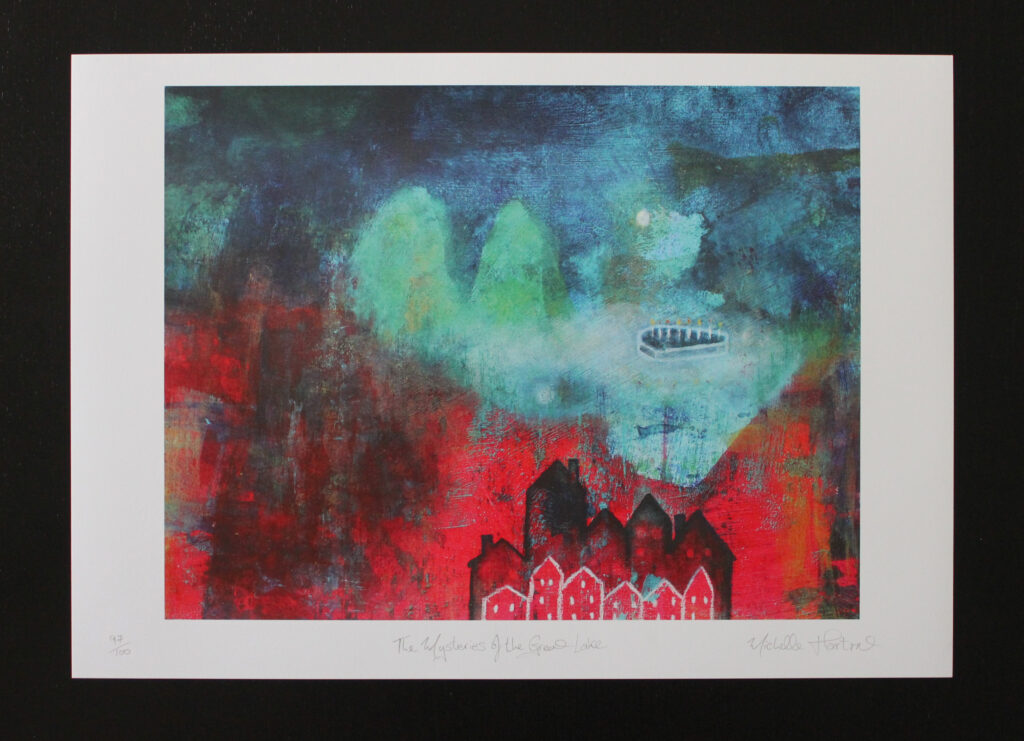 Limited edition print of my original painting ‘Mysteries of the Green Lake’. The print run is limited to 100.

Each print is professionally printed with a white boarder and signed with artist signature, the name of the painting and the edition number under the picture.

“It is said that the ancient town of Cavan lies beneath the waters of the Green Lake (or the Green Lough) on the Dublin Road in Cavan. One story of how this may have come to be is that it was said to be the site of the kings well. Only the king’s cupbearers could draw water but the king’s daughter did and left the gate open and flooded the town of Cavan.
There is also a myth that Badh one of the triple Goddesses of Goddess Morrigan was running through Cavan kicking up dust which made a woman sneeze in her face. Badh cast a spell and flooded the town in retribution. Morrigan is a figure from Irish mythology who appears to have been considered the Goddess of battle, strife, and sovereignty. Morrigan is also a water Goddess, ruling over rivers and lakes.
Other local legends are that a coffin covered in lit candles floats on the surface of the lake late at night while a giant pike lurks beneath the waters.”

Comes with a free art bookmark. 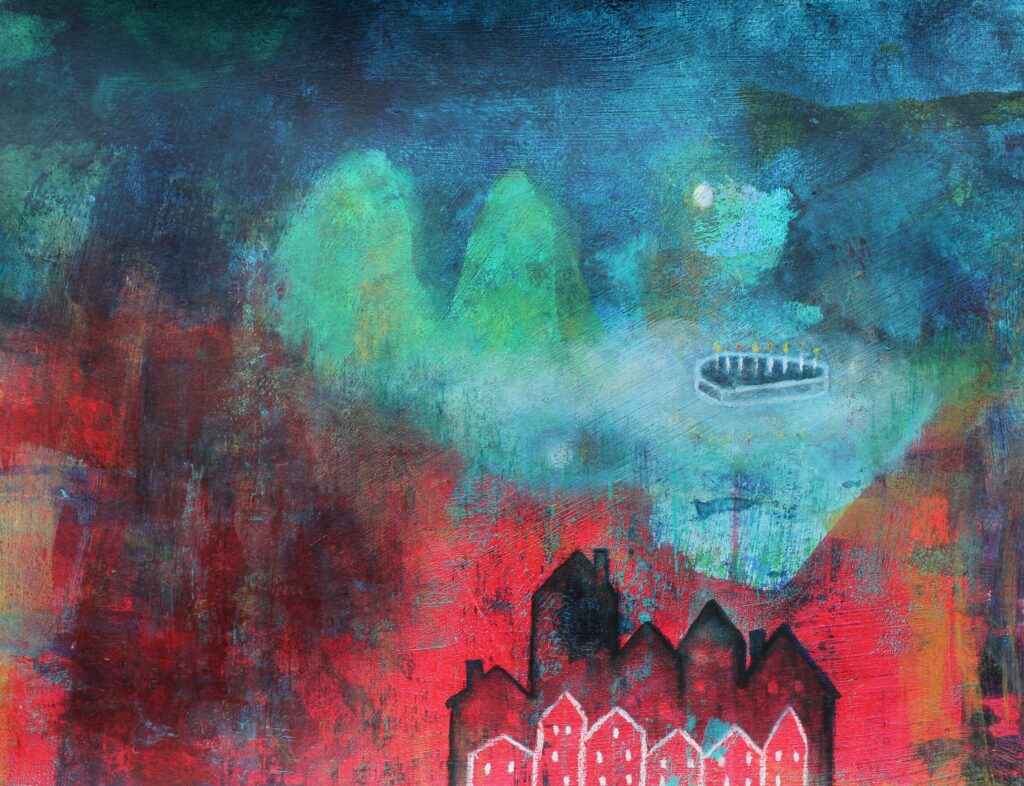