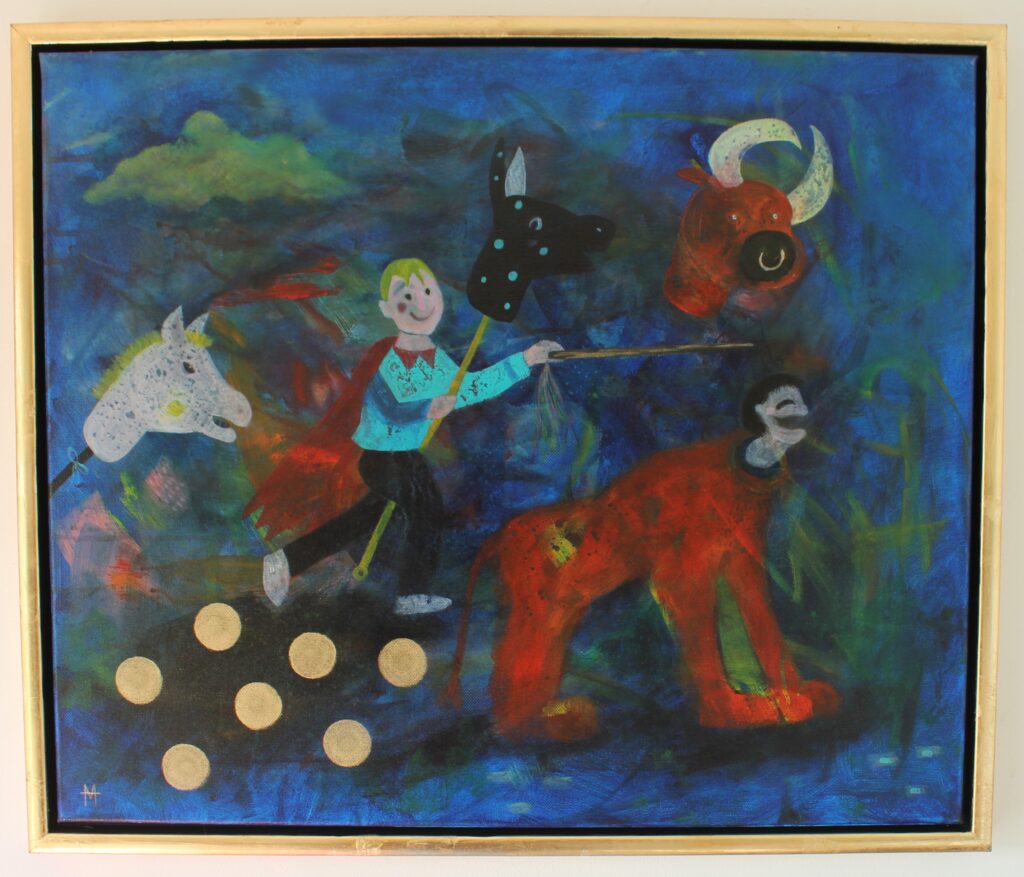 Acrylic on canvas in a hand gold leafed frame 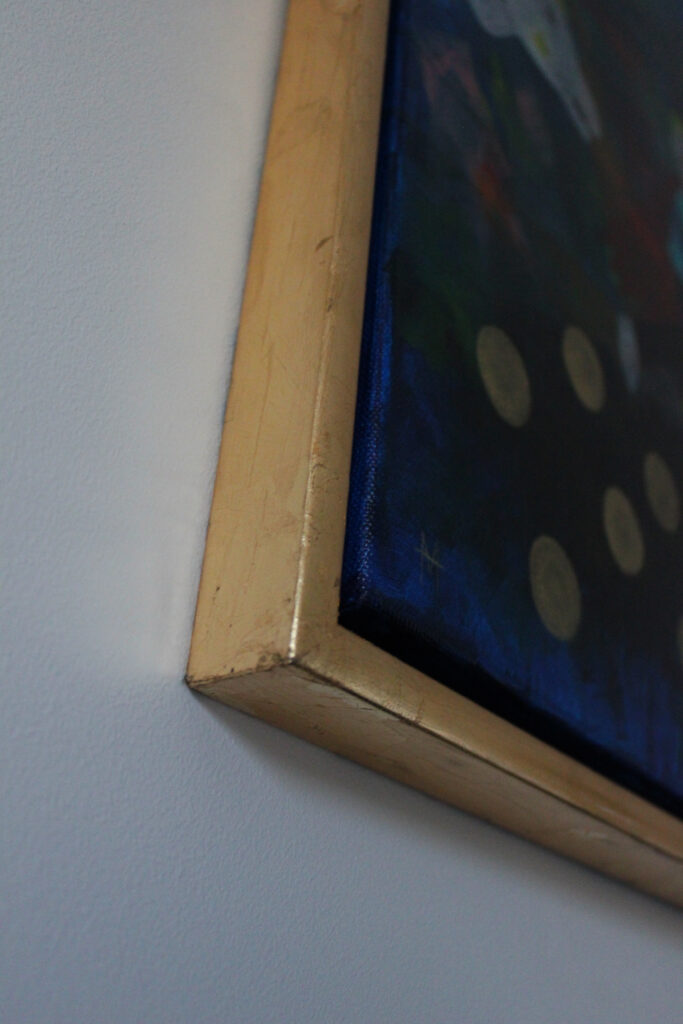 It certainly was a marvellous bull-fight, and much nicer, the Infanta thought, than the real bull-fight
that she had been brought to see at Seville, on the occasion of the visit of the Duke of Parma to her father. Some of the boys pranced about on richly-caparisoned hobby-horses, brandishing long javelins with gay streamers of bright ribands attached to them; other went on foot, waving their scarlet cloaks before the bull, and vaulting lightly over the barrier when he charged them; and as for the bull himself, he was just like a live bull, though he was only made of wickerwork and stretched hide, and sometimes insisted on running round the arena on his hind legs, which no live bull ever dreams of doing. He made a splendid fight of it too, and the children got so excited that they stood up upon the benches, and waved their lace handkerchiefs and cried out; Bravo toro! Bravo toro! just
as sensibly as if they had been grown-up people. At last, however, after a prolonged combat, during which several of the hobby-horses were gored through and through, and their riders dismounted, the young Count of Tierra-Nueva brought the bull to his knees, and having obtained permission from the Infanta to give the coup de grâce, he plunged his wooden sword into the neck of the animal with such violence that the head came right off, and disclosed the laughing face of little Monsieur de Lorraine, the son of the French Ambassador at Madrid.

From “The Birthday Of The Infanta”